Allowing for Springback in Laminated Railings

Pre-bent railings "uncoil" after unclamping. What's the solution? May 4, 2005 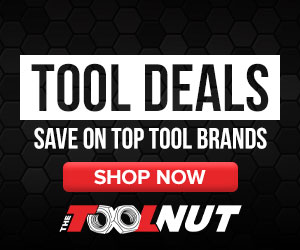 Question
Thanks to the input from all the participants at WOODWEB, I just successfully completed my first curved stair and balustrade system. The rail was a 9 piece oak glue-up and the profile was an LJSmith 6020. The radius was 39". I used PVA yellow glue.

The question is this: Do any of you figure for springback on the rail? The rail was useable, but I must have had 1/2 of springback off of the centerline top and bottom.

Forum Responses
(Architectural Woodworking Forum)
From contributor C:
WOODWEB's Knowledge Base is an excellent resource. You can search the Knowledge Base from any pages at the site, in the upper right hand corner. A search on springback produces a number of results - one with a graphic diagram on how to calculate springback, and another with an Excell spreadsheet of formulas.


From contributor S:
I do not have a great answer for you. We bend a lot of rails and find there are many factors that change how much the rail springs back. Different profiles, number of plys, temp, level or rake rails and radius size... Tighter the radius, less spring back. There is a new design bending rail that may help the problem. I think it works a lot better. The plys are cut from 3 ply solid, so that the top face is the same piece of wood across the width. It also seems to bend easier, maybe because of the grain direction. I'm not sure.

From the original questioner:
I am not asking how to calculate springback. As an experienced craftsman, I have had to deal with this many times. My question is more about the practicality of trying to deal with this in the field. Do any stair guys out there try to be that accurate or is real close good enough? When this rail was complete, it was in no way apparent that the rail did not follow the baluster center line perfectly, but I want to follow standard practice. You have to have bent a rail to understand what it would take to compensate for springback and remember that a stair rail doesn't just spring back; it uncoils.

Contributor S, I used the rail you speak of. Are you saying that you do not compensate for spring back?


From contributor R:
I'm a "stair guy." Springback is kind of unpredictable. I've over-bent rails to find later that they've hardly relaxed at all! With railings, if you're using spindles, it's usually not critical that the curve matches exactly, but if you're using glass, it becomes more of an issue because your rebates have to match and this will show on the rails if they deviate in and out. The one thing that can really show is roll. If the rail is poorly bent or unwinds, the rail will hit the posts at an angle. It's important that when you glue up your rails, you keep the strips flat to the stair and not creep up. Usually if your rails unwind or spring back your glue strips are a little thick, not enough time in the clamps, cheap glue. Sometimes leaving a rail unclamped for too long can be a problem. Get it shaped and then install it quickly or clamp it back down on the stair. Once installed, it will stay put. If you glue up a tall rail such as a 2x6, I make sure the ends are plumb or even bent slightly past plumb.

From the original questioner:
I do like the idea of over twisting the rail a little. I had very secure and very well made clamping brackets, so I know the rail was glued up right, but it did untwist a little.

From contributor R:
An easy way to over roll the rail is to use an extra long F clamp on the ends for leverage.

From contributor J:
I'm a stair guy too, and I've probably laminated 100 rails in the last 20 years. Here's my current policy on spring-back in handrails. I don't try to compensate for it. When my rail is clamped in place, I know that it is where it wants to be, both in twist and curve, and will go back there. If I had compensated, I would never know if the rail could be right in both. After I have removed the rail from the glue-up brackets and tuned it up, I reinstall it on handrail stands, where it goes - a laser plumb bob makes this much easier - and connect the rest of the fittings and install the balusters. The rail will be under tension to offset the spring back, but I've found that once it's all tied together, it stays where it ought to be. I put trying to calculate springback in this situation into the category of outsmarting yourself.

From the original questioner:
Thanks all. This is the kind of stuff I can't find in books and my competition won't talk over with me (and they shouldn't because I'm a freight train on the fast track...). WOODWEB is my edge.

From contributor K:
I would stay away from the yellow glue. There is just too much creep for my liking. I use epoxy, and I always spread some out on a scrap of the same material which I'm bending, and monitor the hardness of the set on the scrap to determine how long to leave it clamped. If you remove the work from the clamps too soon, you can expect springback regardless of the glue. There is no substitute for good judgment. I have to admit that I do a lot of this kind of thing by how it feels to me. I guess if I were to give you a rule for something like this, it would be, "If I and one other person can't bend it around the forms by hand, then the plies might be a little too thick."

From contributor A:
DiChristina's book on stairbuilding and handrailing discusses the issues presented by bent laminated rail and that gotten out of the solid via tangent layout. He speaks of using both methods in his shop. His way of addressing spring-back is to cut, i.e. put a joint in the bent section.